Documentation for the Validation and Verification of the OSMOSIS experiment using GenoM3 and various V&V tools/framework.

This project contains all the GenoM3 components needed for the OSMOSIS case study . It can be used with ROS or PocoLibs middleware, with a simulation in gazebo or on the real robot.

Below is a drawing of the robot setup. Most of the GenoM components are available as sub-projects.

Most components are common to both simulation and the real robot, even if some are on the robot only.

- PotentialField produces a speed reference (vx,wz) to try to reach the target port (from Navigation), avoiding obstacles found in a Scan (a PointCloud from velodyne in this experiment, or a LaserScan for other experiments). This implementation is heavily inspired from the following paper (and the matlab code provided by the authors): Avoiding local minima in the potential field method using input-to-state stability, 10.1016/j.conengprac.2016.07.008. The module figures out which of PCL or Scan to use according to which port is available. In the OSMOSIS experiment, it uses the scan from an Hokuyo LRF, with Minnie it takes the Point Cloud from a Velodyne. It builds a "discretized" OccupancyGrid and figure out where are the contiguous obstacles. It produces a repulsive force, an attractive one and a V force (see the paper) and execute the result after adding them all. 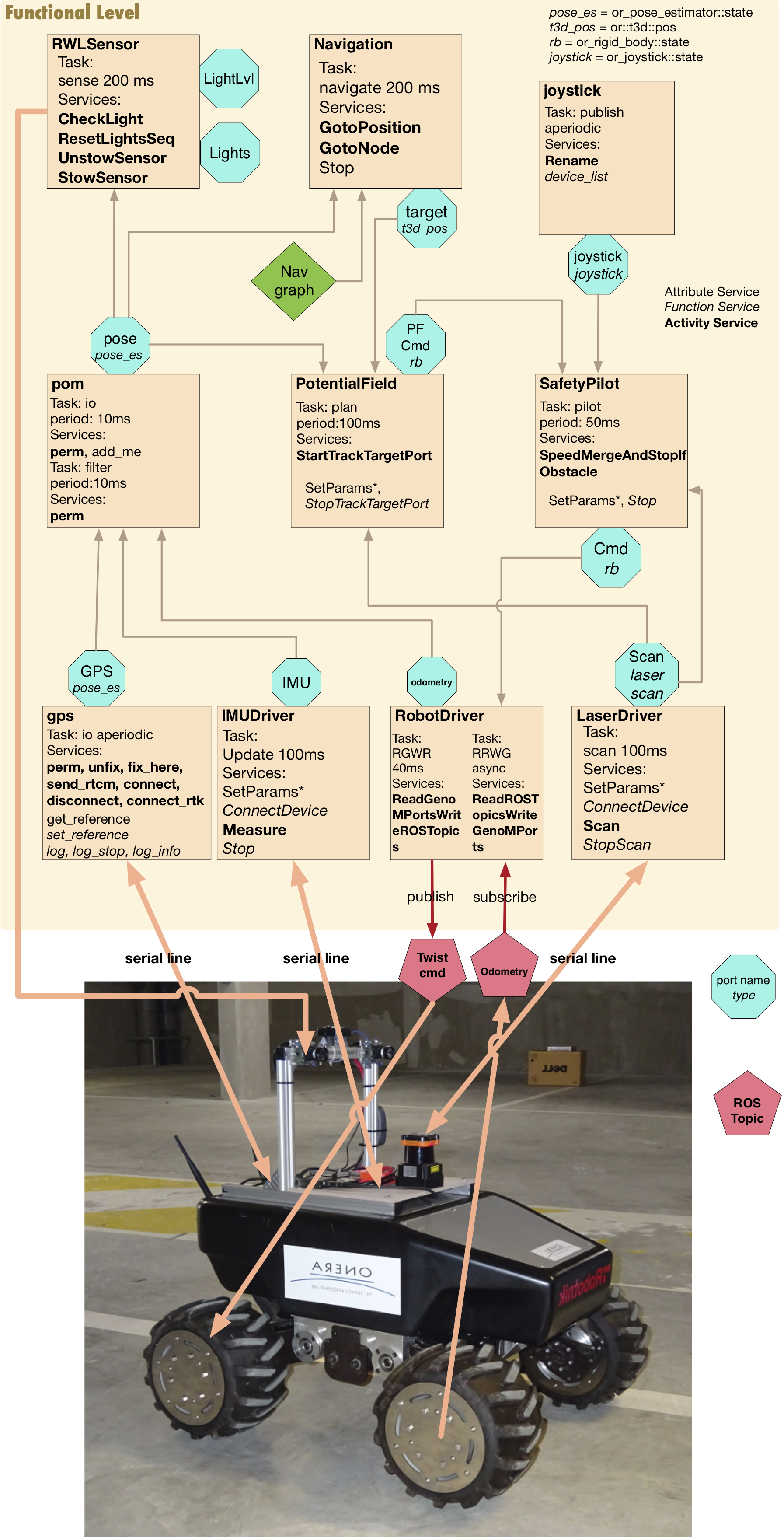 Most components are using some IDL types defined in the openrobots-idl2 and felix-idl projects.

There is also a simulation setup which can be used (instructions on how to install it can be found here ). It has less functional modules (as some of them are handled by the Gazebo simulator). 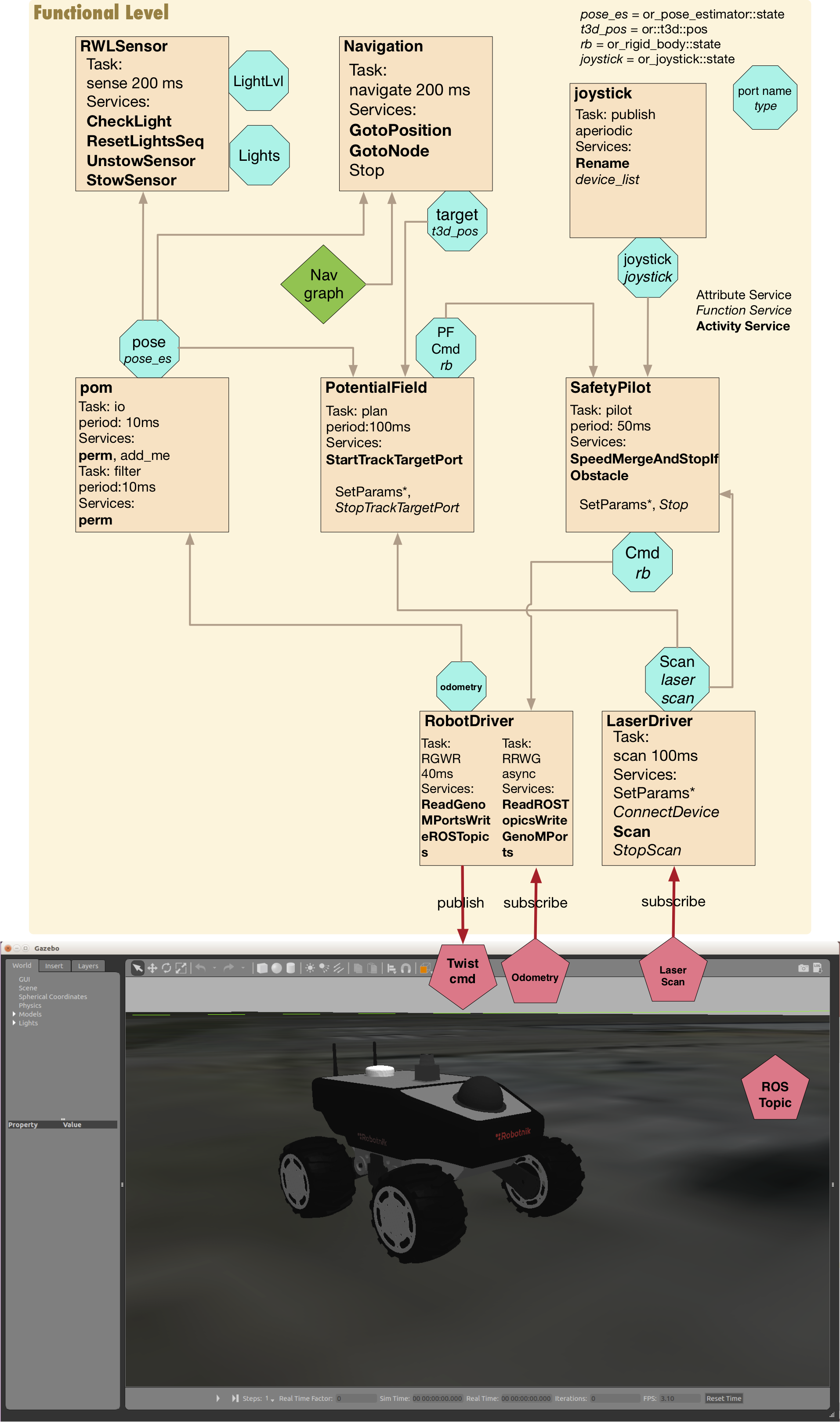